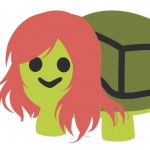 aka オッドスクワッド is my favorite anime

Hey, guys I am back on the page again. As for video links that will take some time. As I have to search some of them up, but something intresting I have notived is that more of the older episodes of wordgirl are on Youtube. But, anyway, I will look briefly, to see if I can find it for both you and Kerry. Thanks Qpalzm10

Hi I wanted to let you know today is my last day on wikia as I a, am leaving for good.

Idk if you remember me. I used to be called jj703 around here. I changed my username to something random. I used to be around here all the time back in 2013. Anyway just stopped by to say I've moved on to other forums. I had a good run here. Haven't watched WG in a couple years. It was def the best PBS kids show that there was, especially in the early episodes. What I just noticed about this site was back in the day, I would hang out here with 10-12 year old girls. And act like one too. By the way if you are wondering I am 14. Bye.

Hew Kerry Check the captain Huggyface page it is so Wrong! —Preceding unsigned comment added by Phantomjerad (talk • contribs) 21:59, May 29, 2018. Please sign your posts with ~~~~!

It appears to be a couple years since you've stopped by, perhaps Gregcr1 could be promoted to a bureaucrat too? talk2ty 20:29, September 25, 2018 (UTC)

Retrieved from "https://wordgirl.fandom.com/wiki/User_talk:KerryKoopa26?oldid=85251"
Community content is available under CC-BY-SA unless otherwise noted.